On the occasion of Valentine’s Day, what better opportunity to call Chianti Lovers Preview 2016 wine of the largest consortium of Tuscan Protection? More than 120 companies have occupied the huge halls of the former tobacco factory in Florence offering tastings before reporters of the international press and then the public of fans, at least half thousand labels. Protagonists of the bottles of the vintage 2015 and earlier years, in particular the reserve in 2013.

A hymn to the Sangiovese di Toscana

The preview Florentine was a hymn to the Sangiovese, the emblematic grape of Tuscany and even more so in the production areas of Chianti wine. Therefore a special occasion to sample products from the most varied areas of the appellation: the Colli Fiorentini in Rufina, Colli Senesi from the Arezzo hills, from the Pisan Hills to Montalbano, and so on. fresh wines and ready on the one hand, in the best tradition of Chianti from ready to drink, to structured wine, mature and suitable for long aging, where among them stand the wines of Rufina. We tasted some, put on the market even as the vintage 2007, that promise to move forward in time even several decades. 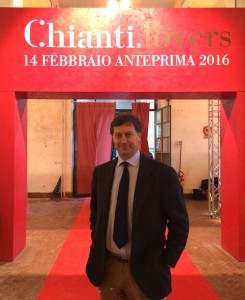 Between the Chianti Rufina DOCG wines tasted, it is excellent the Ludie 2009 Farm Lavacchio, from a 1963 vineyard with yields of only 16-17 quintals / hectare. Excellent Reserves Villa Bossi 2010 and Pian of the Sorbs 2011 Tenuta Bossi Marchesi Gondi. Of note is the 2012 Riserva Chianti Rufina Fattoria I Veroni, the 2011 vintage of Colognole and Bucerchiale 2011 Selvapiana Farm, always Chianti Rufina. Among other areas of Chianti DOCG, stand I Sodi Praetorian, Pisan Hills Chianti DOCG Riserva 2013 company Badia of Morrona, and Chianti Colli Aretini 2013 Mannucci Droandi.

The price of bulk Chianti rises by 30%

Approval by the President of the Consorzio Vino Chianti Busi Giovanni, both for the success of the initiative, which this year saw an increase of participating companies by over 20%, is above all the situation in which is located at the time the name . “The increase in the price of bulk of the 30% recorded in the last year is a good sign of how companies are working. Increase which also affects the overall production, increased from 770 000 hectoliters to 840 000, where the highest increase has affected the sub-areas and especially the type “Superior”. This is the improvement of wine quality index, which is bringing an injection of confidence in producers to work well. ”

Export value of Chianti and in the world

Analyzing the sector in terms of value, the production of Chianti DOCG today is around 400 million euro to 110 million bottles on the market. In particular, exports account for around 70% and is mainly for the markets of the US, Germany and Japan, with good prospects for South America and Asia, where the Chianti Wine Consortium is developing new business relationships.