Fully implemented since 2000 with organic farming methods, our estate is certified organic since 2003 and consists of two main areas.

The estate is divided into two main parts. The first is the Campolucci property (the place name is Latin in origin: “field of the holy wood”), with its large farmhouse, recorded in the Granducal registry: this is the location of the winery and cellars.

Campolucci is situated on the eastern slopes of the Chianti mountains (Chianti zone, subzone of Colli Aretini) at an altitude of 250m above sea level, on the top of a south-facing hill overlooking the ancient fortified village of Caposelvi near Mercatale Valdarno (municipality of Montevarchi, province of Arezzo).

All around are other villages, castles, churches, villas and cottages extending as far as the eye can see, scattered here and there on hillsides shaped by men, where vineyards and olive groves alternate with lush oak and pine woods. This area is still little-known, but of great interest. Vines are intensively grown here and the area is revealing enormous potential, particularly over the last decade, thanks to the commitment of local winegrowers who have started making really fine wines.

The second part of the estate is the recently-purchased Ceppeto, which consists of vineyards and olive groves planted around a large, square stone farmhouse (built in the 18th century on the ruins of an old hermitage) and surrounded by dense oak and chestnut woodland. The property is situated on the west side of the Chianti mountains (Chianti Classico zone), at 350m above sea level, on the southern slope of the hill on which the castle of Starda stands (municipality of Gaiole in Chianti, province of Siena).

The estate is surrounded by wild, unspoilt, beautiful countryside, where the woods almost dominate the few cultivated areas. Between these steep hills, furrowed by deep valleys, flows the Caposelvi stream, which takes its name from the village a few kilometres lower down. It is possible to walk from one estate to the other following the old paths along the stream. This is an extremely interesting walk from a naturalist point of view, passing close to the ruins and remains of hydraulic works at the old Starda mill. 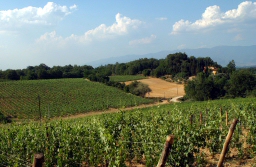 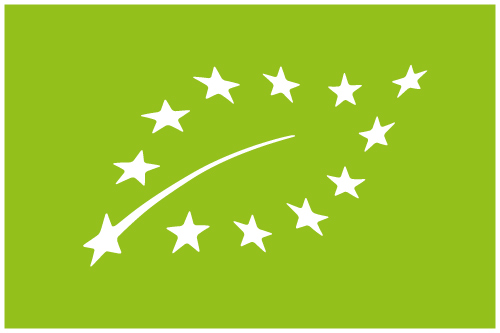