The traditional vines in Tuscany 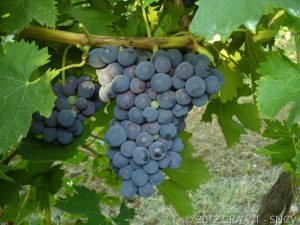 20 Feb The traditional vines in Tuscany

In Italy, wine is produced in all regions – almost the only case in the world – and in each of these some interesting vines are cultivated for a long time, which are trivially defined as “minor” only because, for various historical reasons, they have never entered in the Olympus of the supposedly better homegrown varieties.

In the last two decades there has been a just rediscovery and a virtuous exploitation of these indigenous varieties, which in some cases has also become a commercially significant phenomenon: let us think, for example, of the current pressing demands of the market for Falanghina, Pecorino , Nerello, etc. … In some ways it seems that a trend has suddenly subverted, so today it becomes almost impossible to convince someone to taste a good bottle of Chardonnay or Cabernet Sauvignon (and there are many in Italy of absolutely interesting), as if there was a crisis of rejection for these varieties that triumphed in all the wine bars of Italy only 15-20 years ago. But you know, the world of wine lives of inconceivable extremist fashion …

We intend to offer you, once a week, a nice trip around the peninsula to discover these beautiful varieties. Follow us 🙂

THE CHARGE OF TRADITIONAL VINES IN TUSCANY

The entrepreneurial character of the nineties viticulture, if on the one hand it had the merit of contributing to raising the quality level of Italian wine production, making it rise again from the methanol wine scandal (1986), on the other hand however it committed the ingenuity of extend to a large part of the national territory a type of reduced ampelography, approved on commercially winning international models. No one doubts the validity of wines born in those years; they also had the merit of attracting, according to the logic of international taste, many wine lovers in our country, especially in Tuscany.

Fortunately, the enormous cultural growth in the wine sector has, over time, overturned this attitude and today the so-called autochthonous or rather traditional grape variety – on the “autochthonous” concept there would be much to discuss – it was finally the object of a renewed interest, both for what concerns the field of research, both for the productive one. Never before this year have we received so many samples of wine obtained from traditional varietals in purity. Next to the now widespread ciliegiolo, canaiolo and colorino, we want to bring to the attention of our readers three biotypes that are spreading a lot in the Tuscan countryside: pugnitello , foglia tonda and barsaglina . We are sure they will be talked about in the future.

Vigorous vine similar to Montepulciano, it was found in 1981 in Poggi del Sasso in Cinigiano (Grosseto). Planted and duplicated on an experimental basis by the San Felice company in Castelnuovo Berardenga, it is now widespread.

Its area of ​​choice is the vast area of ​​Chianti, in fact its first attestation dates back to the late nineteenth century in the vineyards of Barone Ricasoli in Gaiole in Chianti. Its most frequent use was in blending with sangiovese, to which it gave greater body.

Round Leaf of the Renaissance 2015 , Piandaccoli

Vine originating from the province of Massa-Carrara, gradually disappeared and survived in certain Apennine areas. His explant was linked to the difficulty of resistance to diseases: today thanks to the improvement of cultivation techniques he is experiencing a new popularity even outside his traditional growth areas.